UPDATE (August 7, 2020): U.S. President Donald Trump issued an order to ban TikTok and WeChat, effective September 15, 2020. For our American readers, the following guide will help you access TikTok when the ban goes into effect.

India has recently blocked several apps run by Chinese firms over concerns about national security, data collection and privacy. The government blocked 59 apps in total, one of which is the popular video-sharing platform TikTok.

While India placed the ban in late-June, other countries are reportedly considering following suit. Responding to this news, we’ve put together a guide on how to unblock TikTok from any country in the world—even in countries that have banned the app.

While we want to make this guide understandable for all readers who want to unblock the TikTok app, we’ll pay slightly more attention to Indian users. There are two reasons for that: One, Indian users have been at the forefront of bearing the recent ban on the TikTok app and second, the government in India has banned plenty of other apps besides TikTok. 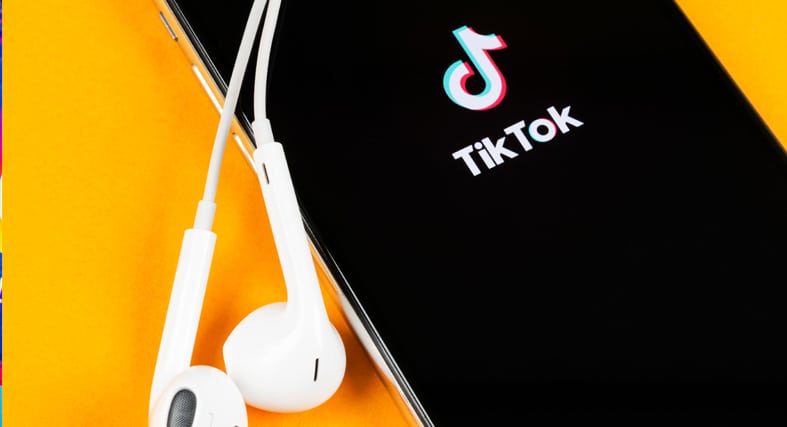 This guide will also be useful for readers who are planning to move to India or will travel to India for work or leisure.

Visitors to India should know that it is best to follow this guide before you land in the country because once you are in India, there is no way to ensure that the apps or services mentioned in this guide will work in India.

Things You Will Need to Unblock TikTok

As of July 2020, the United States, the United Kingdom and Australia are currently considering banning TikTok, alleging that the company supplies user data to the Chinese government’s intelligence agencies. 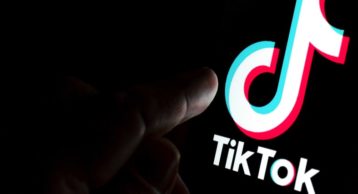 Debate about this topic began last year and has continued into the summer of 2020, but it’s unclear if these countries will move forward with nationwide bans in the near future. Still, if you’re an avid TikTok user or creator, then you might want to think ahead at your options if your government places a ban on the app.

The best way to unblock the app in India—or any other country for that matter—is to use a VPN service.

A VPN (or Virtual Private Network) will not only unblock TikTok in any country but also in any setting, such as your school or workplace.

Keeping your online activities safe and secure from third parties such as advertisers, internet service providers and government surveillance agencies is essentially impossible without a VPN service.

If that did not pique your interest, then you should know that VPN services can also unblock content on streaming services such as Netflix, Hulu or Amazon Prime Video. All you have to do is connect to a server in the country of your choice. Then, you can access movies and TV shows from the streaming service’s catalog that aren’t offered in your country.

When you use a VPN to connect to a server located in another country, you get a brand new IP address for your computer or mobile device.

This way, it appears to anyone monitoring your network that you are physically coming from a different country than your actual country of origin.

This removes all the restrictions that users of your present country may have in terms of which content they can watch and can’t watch. For example, if you’re in the U.S. and you connect to a U.K.-based VPN server, you can unlock the U.K. version of Netflix, which offers a ton of extra titles that the U.S. version doesn’t have. 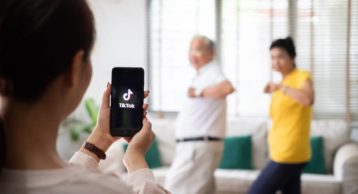 Now, since we want to help you unblock the TikTok app in India, you will need to sign up for a VPN and then connect to a server that is closest to India but outside of India.

Once you do that, you should be able to unblock TikTok and all the other apps that the Indian government has banned.

Best VPN to Unblock TikTok in India and Other Countries

It’s difficult to pinpoint the best VPN for TikTok users in India or any other country for that matter. Different VPN users have different preferences and don’t always find everything in a single VPN service.

Generally speaking though, there are a few important characteristics that you should seek in any good VPN:

So, now that we’ve covered the features to look out for in a good VPN, we’ll review the services that work best to unblock TikTok in any country.

This VPN service provider should be your go-to VPN for unblocking TikTok in India. It offers the most advanced security features you are likely to find in a VPN service, including a huge network of over 5,000 servers in nearly 60 countries. That means you will have access to fast, secure and high performing VPN servers close to India.

All  packages come with a 30-day money-back guarantee and you can connect up to six devices with just one account.

CyberGhost is the VPN of choice to unblock TikTok for people who want great value from their VPN purchase. It has a massive network of over 6,000 servers and has excellent iOS and Android apps that come with all the necessary security and privacy features that TikTok users would need. CyberGhost is one of the handful of VPNs that’s great for both beginning and seasoned VPN users.

For fast and reliable servers, you can’t really go wrong with CyberGhost.

Not everyone can afford to spend a ton of money on a VPN service. If you’re looking for an affordable VPN service, offers a quality experience at a decent price. Right now, Surfshark’s 24-month subscription package is just $1.99 per month.

Now just because Surfshark is cheap doesn’t mean it skimps on the essentials. This VPN offers users the standard set of features that we have come to expect of top-of-the-line VPN service providers. Naturally, it has fast servers that will help you stream content from TikTok with little to no buffering issues.

Sign up for a VPN after you have thoroughly researched your options using the guidelines we provided above. Read more recommendations in this guide to the top VPN service providers worldwide.

After you’ve found a VPN service provider you like and you’ve signed up for a subscription,  download the right VPN app for your operating system.

Download it from the VPN company’s official website or the Apple App Store, Google Play Store or any other app marketplace your device supports. Avoid downloading apps from third-party websites as there’s no telling what kind of code they’ve injected into the software. 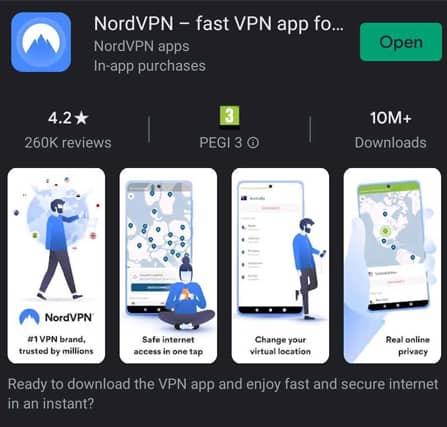 After paying for a package, you’ll create a username and/or password and then you can download the app for your platform.

Once you download the app, install it and run it on your device. If this is the first time you’re running the VPN app, it will ask you to input your login credentials. 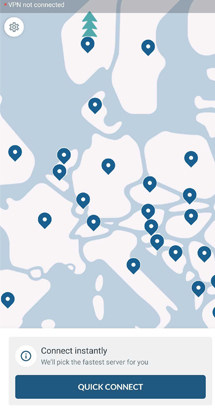 For some VPN services, the process might vary a bit. They may ask you to sign in through the company’s website to download the app. In any case, once you install the app, run it and log in before moving to the next step.

Every VPN app has a list of servers. Some apps list their servers on the main page while others put it in a separate section that’s accessible through the main menu. Find where your VPN app shows you all the servers and then connect to a server that’s located outside of India. 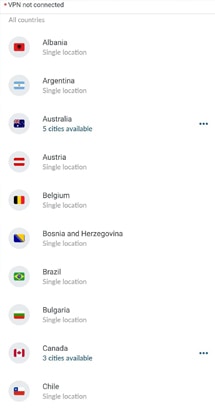 If you’re located in India, keep in mind that the closer the server is to India, the faster your connection will be to start streaming content on TikTok.

Most VPN apps have a ‘Connect’ button in the middle of the home screen or main menu page. After selecting the right server, just hit that button.

Some VPN apps such as NordVPN will give you the option to auto-connect to a server with the best speed. Check to see if that option is available, and if so, use it. However, the auto-connect function won’t work for TikTok if you’re located in India. You’ll have to manually connect to a server outside of the country to access TikTok. 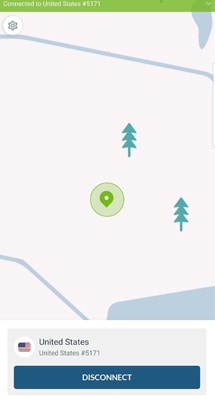 Keep in mind that plenty of other people from around the world might also be connecting to a server located in Bhutan or a nearby country to watch TikTok content in India, meaning that servers in Bhutan may be close to being overloaded.

When a server is overloaded, it slows down and causes a lot of buffering issues. With the auto-connect option, the app will take these considerations into account to connect you to a server that’s in the best possible location with the least amount of load.

Now, you should have used your app to connect to the best server outside India to watch TikTok. Once that happens, only then should you open up the TikTok app and log in to start streaming content.

As mentioned before, you can also unblock other Chinese apps in India and use them as if the government never blocked them in the first place.

Where Has TikTok Been Banned?

As of late-July 2020,  TikTok has been banned in the following countries and settings:

What About a Free VPN for TikTok? 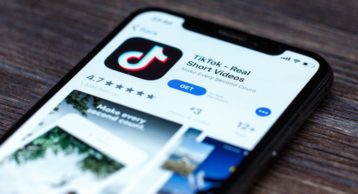 Free apps are great, but when it comes to VPNs, the price of a subscription is well worth the price of your privacy and security. The problem with using free VPN services with an app like TikTok is uncertainty.

Most free VPNs are not secure, and some are even dangerous. Free VPN apps have been known to inject malware into users’ systems. Also, oftentimes with a free VPN, you don’t even know who is operating the service and what is being done to your data.

So, don’t put your privacy and security at risk by using a free VPN. Paid VPN services are typically less than $10 per month, and most of them offer a free trial or allow you to take advantage of their money-back guarantee to request a refund if you don’t like it. All of the services we listed above—NordVPN, CyberGhost and Surfshark—offer free trials and a money-back guarantee.

How Do I Get TikTok and Other Chinese Apps If They Aren’t on the App Store? 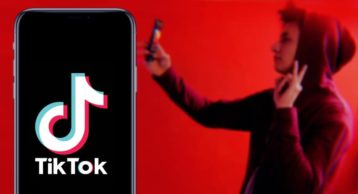 It’s possible that you may not be able to access these apps from the Google Play Store or Apple App Store, assuming you didn’t already have them installed on your device before India’s government banned them.

In that case, you could use a third-party app repository like F-Droid or APKPure. However, you need to exercise caution while downloading apps from these services because they may be able to collect your data or cause problems for your device.