So, you have finally decided to install uTorrent (or “µTorrent”) on your computer and did everything you were supposed to do while completing the uTorrent installation wizard. You went through the setup process thoroughly and also chose to create a desktop and startup menu shortcut so that you wouldn’t lose uTorrent among all of your other software applications. But now when you go to your startup menu or your desktop, you can’t seem to find the uTorrent icon.

Download your Torrents with blazing fast speeds by using a SeedBox.

The solution to this problem is to find the uTorrent installation folder. And that’s what we’re going to show you next.

This guide applies to Windows 10, Windows 7 and Linux computers.

Your Torrenting Is Not Secure!

If you torrent files without using protection then you may end up in serious trouble. Your IP address is available to all that want to see it which (see tool above) discloses your location and then whoever is watching can see who you are and what you are downloading and uploading (including torrent files).

If you protect yourself with a VPN, then your information will be encrypted, your identity hidden and your location spoofed to somewhere else.

Don’t let others (hackers, ISP, government) know what you are doing, protect your privacy with a VPN. You can find the best VPN’s for torrenting here.

Where Is uTorrent Installed in Windows 10?

Step 1: Open up Your Task Manager

This is pretty simple. If you’re on a Windows 10 computer, start by pressing the combination of Ctrl+Shift+Esc. This should open up the Task Manager. 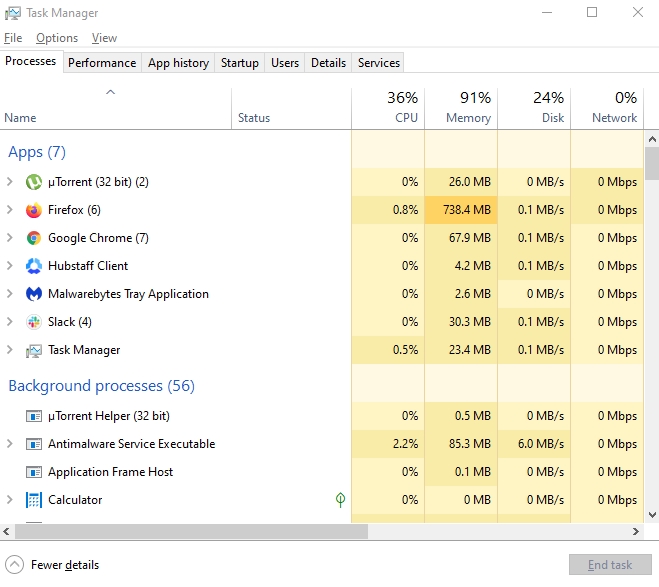 Check the upper portion of the new window that has opened up. There are lots of options there, such as Processes, Performance and App History. If you look further to the right, you should see the tab labeled Details. Click on it. 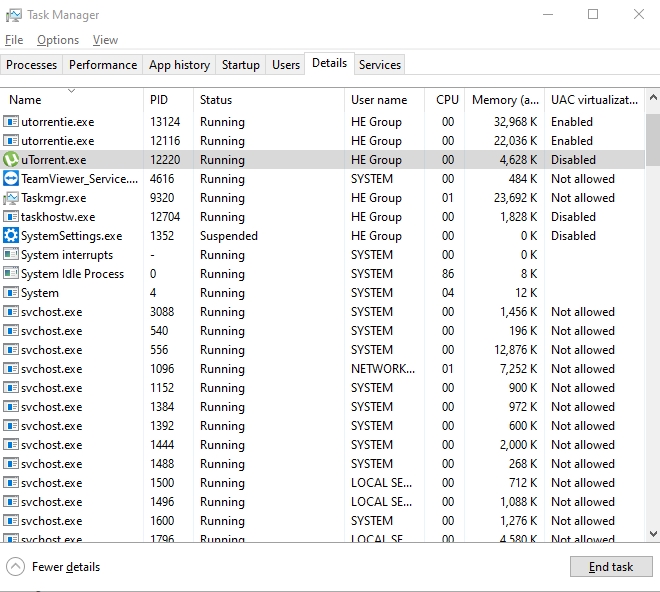 Once you go to the Details tab, you need to right-click on any given column heading and then select the option that says Select Columns. These options should appear in a context menu.

Then you need to check the option that says Image Path Name. From there, click the button that says OK. And that’s it.

If you want to find out where uTorrent is on Windows 10 because you want to uninstall it, then you can always use a program like Revo Uninstaller to do the work for you.

Where Is uTorrent on Your Windows 10 System?

Generally speaking, you will first want to go to the drive where you have installed your operating system. If you did not customize anything while installing Windows 10 on your computer, then that drive is the C drive.

Go to This PC 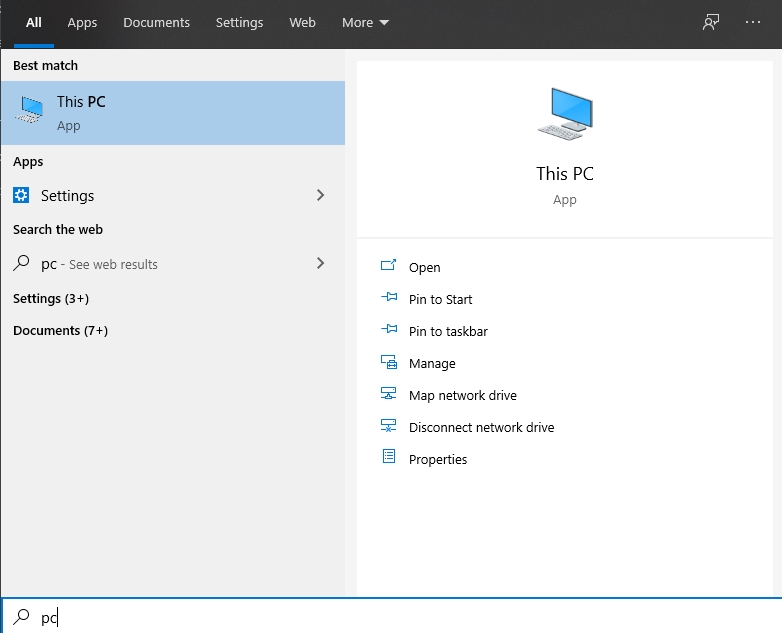 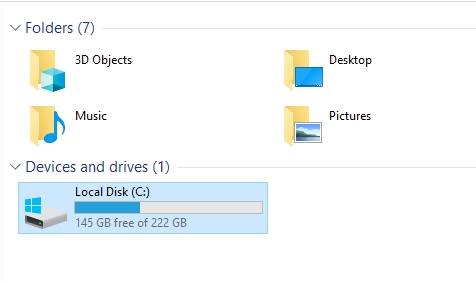 Go to Users, navigate to your username, then go to AppData. 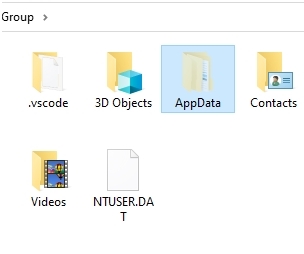 From there, go to Roaming.

If you cannot see the AppData folder, then turn on the Show Hidden Folder option and/or access the same location with an administrator account. 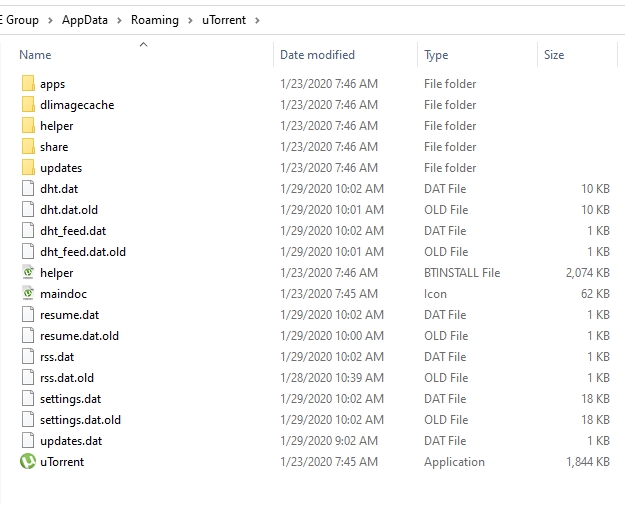 Do take note that sometimes uTorrent might appear as a running process on your Task Manager window, but it won’t allow you to click on options such as Properties and Open File Locations. At other times, the AppData/Folder may also not list a uTorrent folder. The same holds true for the list of installed applications that you can access via the control panel.

For such situations, you need to follow the steps we mentioned in the previous section.

In short, if you did not change the default installation directory, then you should find uTorrent installed in user/AppData/roaming.

Where Is uTorrent Installed on Windows 7?

If you did not find the uTorrent application by first searching for it by name (that is, “uTorrent”) through the built-in Windows search engine, then perhaps you try it again using a third-party desktop search application.

One such application is Everything. Essentially, this program can list all of the applications (and files related to those applications) that you have on your computer.

The program works with both Windows 7 and Windows 10 machines.

If that doesn’t work out, then you need to check your hidden folders. To do that, you should first press the Start button, hit Run and then input %appdata%\uTorrent. If there is a uTorrent app on your Windows 7 system, then the above one-line method should work for you.

For some time, many uTorrent users have complained about this issue and wondered why uTorrent doesn’t put in the work to make sure the application appears on the list of apps automatically. We don’t have the answer to this question, but what we do know is that the problem hasn’t gone away completely, despite complaints from users.

Where Is uTorrent on Linux?

Generally speaking, Linux is going to run uTorrent by making use of Wine. If you use a mapped drive in Wine, you should be able to find the uTorrent folder in ~/.wine/drive_c/users.

You should also use the combination Ctrl+h in order to unhide/hide hidden files. The files that you download on Linux with uTorrent should be located at: ~/snap/utorrent/common/.wine/drive_c/users/<user>/downloads.

When outlining the instructions above, we’re assuming that you didn’t change the default download preferences for uTorrent when you installed it on your Linux machine. If you did, then it goes without saying that your downloaded files would be in a different folder.

Another way to find out where your downloaded files are is to open up the uTorrent application, go to Options and then to Preferences. From there, click on the option that says Directories and then take a look at the left-hand side of the screen. You should be able to see options for changing different outputs involving completed downloads, downloads directory, .torrent files and other options.

Zohair A.
Zohair is currently a content crafter at Security Gladiators and has been involved in the technology industry for more than a decade. He is an engineer by training and, naturally, likes to help people solve their tech related problems. When he is not writing, he can usually be found practicing his free-kicks in the ground beside his house.
Security Gladiators File Sharing P2P File Sharing BitTorrent BitTorrent Clients µTorrent Where Is µTorrent Installed? [With Screenshots]
Leave a Comment Cancel reply
Share on Twitter Share on Facebook Share on LinkedIn
What we cover
Useful Links
Recent Posts
Share on Twitter Share on Facebook Share on LinkedIn