uTorrent is the world’s most popular torrent client. It’s often written as μTorrent, featuring the Greek letter “μ” (or “mu”), gaining it the colloquial nickname of “mu-Torrent.” It’s also known as “micro-Torrent,” since μ is the symbol for the metric prefix, “micro.”

So what is uTorrent?

Having launched in 2005, uTorrent is one of the oldest (if not the oldest) BitTorrent client in the world right now. Most of all, it is free.

The software has made a name for itself by offering very distinctive capabilities for downloading, uploading and distributing torrents.

One of its key selling points is that it consumes as little system resources as possible, all while preserving fast download speeds.

These features have ensured that μTorrent remains ahead of all the other BitTorrent competitors, providing a top-notch experience to torrent users. 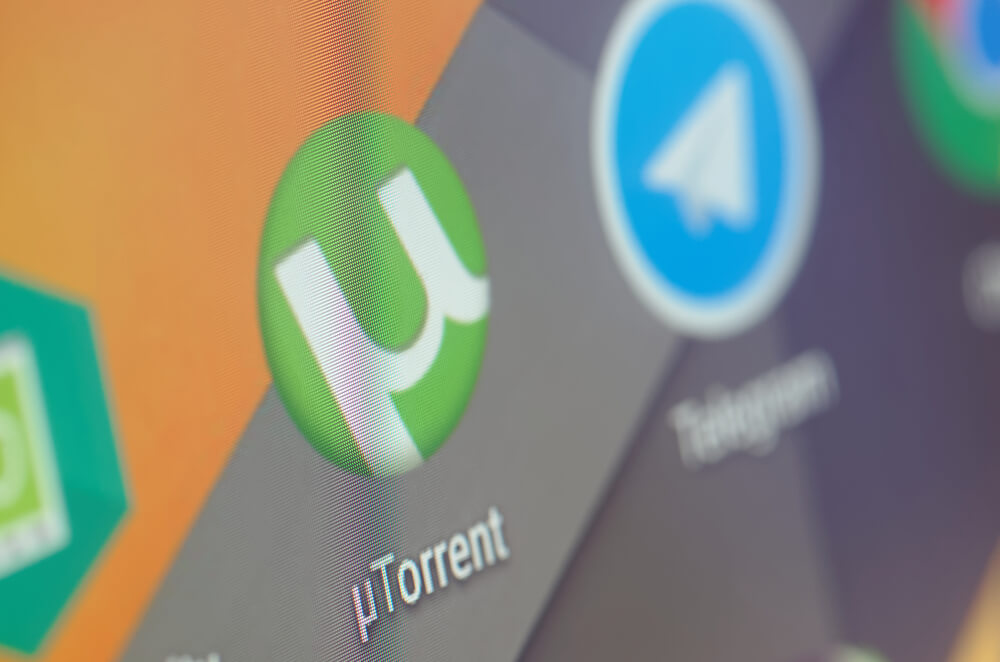 Now, because the team behind uTorrent needs to make some money in order to keep the product going, it makes use of advertisements on its free BitTorrent client.  With such a support mechanism, torrent clients like μTorrent would simply not exist. The platform is also closed-source.

If you aren’t familiar with the subject, a torrent client (such as μTorrent) is a special type of software that you can use to download, upload and share torrents.

To get started with torrenting, you need to store some metadata. Most of the time, you will find that metadata has been stored in torrent files.

Following from that, you need a torrent client like μTorrent to read those torrent files and get the data you want your torrent client to download for you.

Platforms like uTorrent play an important role in the broader torrenting community, which is powered by BitTorrent.

In essence, BitTorrent presents the communication protocol which we all know as P2P. P2P is short for the term peer-to-peer file sharing.

Torrent downloaders can take advantage of P2P technology to download, distribute and consume large volumes of electronic files and data—all with just a computer and an internet connection at their disposal.

Similar to how μTorrent is the most popular torrent client in the world, BitTorrent is the most popular protocol in the world when it comes to transferring files in larger sizes, such as HD videos and data sets. In other words, most torrent users use apps like μTorrent (with the relevant torrent links) to download movies and TV shows along with other kinds of audio and video files.

As mentioned, μTorrent is completely free provided you don’t have a problem with watching a few ads on the platform. But μTorrent also has an optional paid version that provides a nice set of advanced features and will effectively remove all the ads from the application.

uTorrent’s paid version gives an added boost to the experience.

Unlike some of the other torrent clients on the market today, μTorrent allows users to pause any given download at any given time. Users are free to resume downloading content at any time as well. μTorrent can even resume downloads if you switch off your computer/device.

Perhaps the most underlooked μTorrent feature is that it allows you to download a portion of a given file on one computer and then transfer that incomplete file to resume downloading on a different computer.

Zohair A.
Zohair is currently a content crafter at Security Gladiators and has been involved in the technology industry for more than a decade. He is an engineer by training and, naturally, likes to help people solve their tech related problems. When he is not writing, he can usually be found practicing his free-kicks in the ground beside his house.
Security Gladiators File Sharing P2P File Sharing BitTorrent BitTorrent Clients µTorrent What Is uTorrent? – µTorrent -Micro Torrent
Leave a Comment Cancel reply
Share on Twitter Share on Facebook Share on LinkedIn
Useful Links
Recent Posts
Share on Twitter Share on Facebook Share on LinkedIn